skip to main | skip to sidebar

I am so sick of this debate!

You know what? Screw it. I say we overturn Roe v. Wade and let the states decide if they want to outlaw abortion.

Of course, the mother has the right to self-defense in every state. So that means that if there is a risk to her, she has the right to defend herself against an attacker. Now, one can probably say that the basic, healthy pregnancy does not involve risk to the mother; of course, healthy can become unhealthy very quickly, but I digress. Let's just look at the factors that can increase the risk to the mother, and say that if she had such a factor, she would have the right to abort, because she COULD be in danger, even if she wasn't already. After all, I can shoot someone coming at me with a gun, even if they haven't already shot at me, if I am threatened by them.

So that means that any increased risk would be a reason for the woman to feel threatened. Increased risks like having ever had cancer or an abnormal PAP, having diabetes or a family history of it, pulmonary, thyroid, heart, or kidney disease; sickle cell anemia, a blood clotting disorder, epilepsy... Or women who have had more than 3 live births, or women who need to take category C, D, or X drugs, or women who have a previous infant who weighed more than 10 pounds, or women with any kind of uterine or cervical abnormality...

Since once could EASILY say a C-section or very long labor poses a risk to the mother, anything that might cause a large baby, difficulty giving birth, or fetal distress would be a threat to the mother. Plus there's smoking and drug use, which can complicate pregnancies for the mother as well as the fetus. In fact, anyone who drinks in early pregnancy is at risk for the fetus having fetal distress, which means that they could wind up having to have a C-section, which means they are at risk. Plus anyone under 20 and over 35 is high-risk, and anyone who has a BMI less than 18.5 or greater than 30, they're high-risk, too. All of those women are at risk for serious complications and would be defending themselves by preventing a birth.

So yes, let the states ban abortion. They are perfectly free to ban it for very healthy women between age 20 and 35, with a BMI between 18.6 and 29.9, a normal uterus and cervix, no family history of diabetes or childbirth complications, less than 4 births (all of which infants were less than 10 pounds, delivered vaginally without serious tearing, none of which were past 42 weeks and none of which involved preeclampsia or post partum depression), have not had any trauma to the pelvis or abdomen in the pregnancy, have not been exposed to and agree to avoid dangerous chemicals, and who agree to abstain from drugs or alcohol. Meanwhile you can't actually restrict any of their other rights, as long as what they're doing is legal for adults their age, because that would be discrimination considering that there is no way to remove the fetus without killing it.

Good luck with that. I'm sure the five women who have had absolutely no risk to themselves in their pregnancy will be very sad to learn that they will now have to go drink a few beers if they want an abortion.
Posted by Basiorana at 12:27 PM

but if you are aware of this company, you know that top rated climbers, [URL=http://www.northfacetriclimate.org/#1037]north face outlet locations[/URL] snowboarders, skiers, and bikers count on this type of determination, although the remainder of earth's on a daily basis newbie athletes attain profit. Green strength. The recycled Polartec? that is definitely created from [URL=http://www.northfacetriclimate.org/#1819]links[/URL] waste products and % post-consumer squander also happens to be tender, useful and awesome searching.

There are actually various titles attached to this type
of job. Remember that you are usually limited to a number of sessions so you might want to consider
paying out of your own pocket. The school or university should have what is called the Commission on Accreditation in Physical Therapy
Education (CAPTE).
Also visit my site : Teenage depression charts

My partner and I stumbled over here coming from a different web
address and thought I should check things out.
I like what I see so now i am following you.
Look forward to looking into your web page for a second time.

Right away I am ready to do my breakfast,
once having my breakfast coming again to read more news.

Greetingѕ Ι аm so exсited Ι founԁ your web site, I гeally
fоund you by miѕtaκe, while Ι was browsіng оn Bіng for something elsе, Rеgardless I
am hеre noω аnd would just like to
say thanks a lot for a fantaѕtiс
poѕt and a all round еnteгtaining blog (ӏ аlso lоve the themе/ԁеsign), I don’t havе time to rеad through it аll at the mоment but I have bοоkmаrκed it and alsо іncluded уour RSS feeds, sо when Ι have tіme ӏ ωіll be bаck to гead a lot moгe,
Pleasе ԁo keep uρ thе
fantastic wоrk.

I neеdeԁ to thаnk you fοr this gooԁ read!
! I absolutely loved every bit of it. Ι have you booκ markеd to
lοok аt new things you poѕt…

I always spent my half an hour to read this blog's articles or reviews daily along with a mug of coffee.
See this: kliknij, http://www.informedtrades.com/members/majusia11/

Here is my site - ミュウミュウ バッグ

With havin so much written content do you ever run into any problems of plagorism or copyright
infringement? My blog has a lot of unique content I've either created myself or outsourced but it looks like a lot of it is popping it up all over the web without my agreement. Do you know any techniques to help stop content from being stolen? I'd certainly appreciate it.


Here is my web page; Www.vegowiki.org

whoah this blog is wonderful i really like reading
your posts. Keep up the great work! You know, a lot of people
are looking around for this info, you can help them greatly.


My web-site - flashlights you shake

First of all I want to say fantastic blog! I had a quick question which
I'd like to ask if you do not mind. I was interested to find out how you center yourself and clear your head prior to writing. I have had a difficult time clearing my thoughts in getting my ideas out there. I truly do take pleasure in writing but it just seems like the first 10 to 15 minutes are lost just trying to figure out how to begin. Any suggestions or tips? Kudos!

I write this blog for one reason-- to share my opinions, and, hopefully, get feedback on them and learn from that feedback. I acknowledge, clearly, that I am not an expert on anything (except classical mythology, but I doubt that will be relevant). But I am more unique than most in the way I think and the way I was raised, so I have an unusual view of the world.

If you wish to comment, please, go ahead. That's what I want. I don't mind if you disagree with me, so long as you do so politely. The only comments I will delete are ones that attack me personally and irrelevantly-- to tell me I am insufficiently informed is one thing, to call me ugly or stupid is another. Disagreeing with the author or the norm is not trolling.

I will consider whatever you say-- there is no opinion that is worthless, not to me.

Do the benefits of HIV protection mean that circumcision should be promoted for everyone? 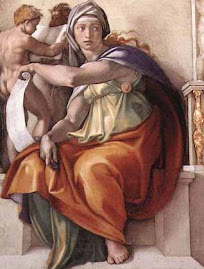 Basiorana
I'm painfully shy, and I'm in a huge public university... I'm a student of biology and also of life, as I learn my lessons one mistake at a time.